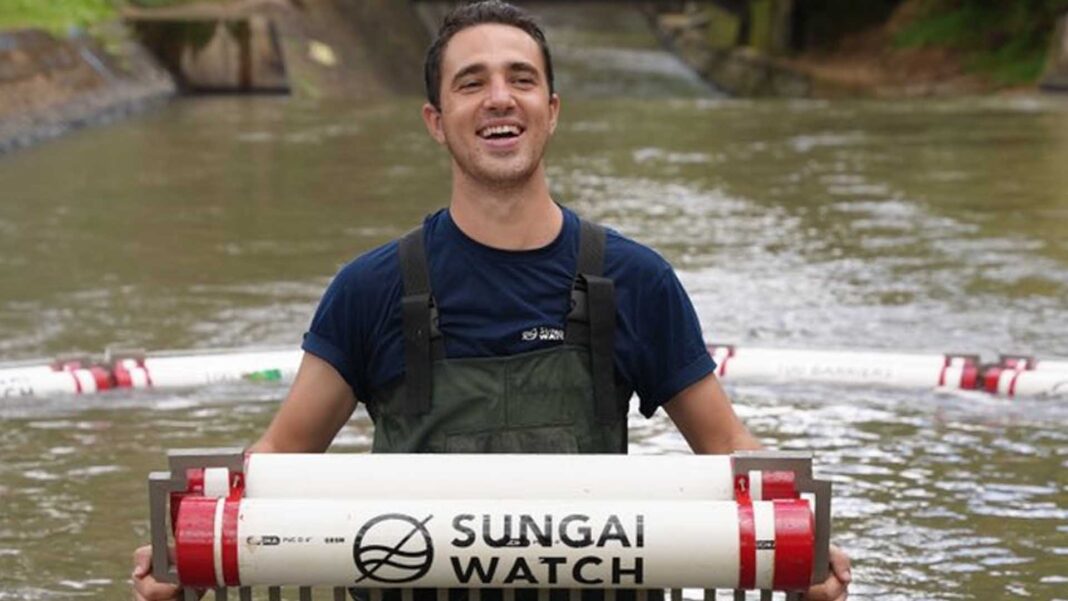 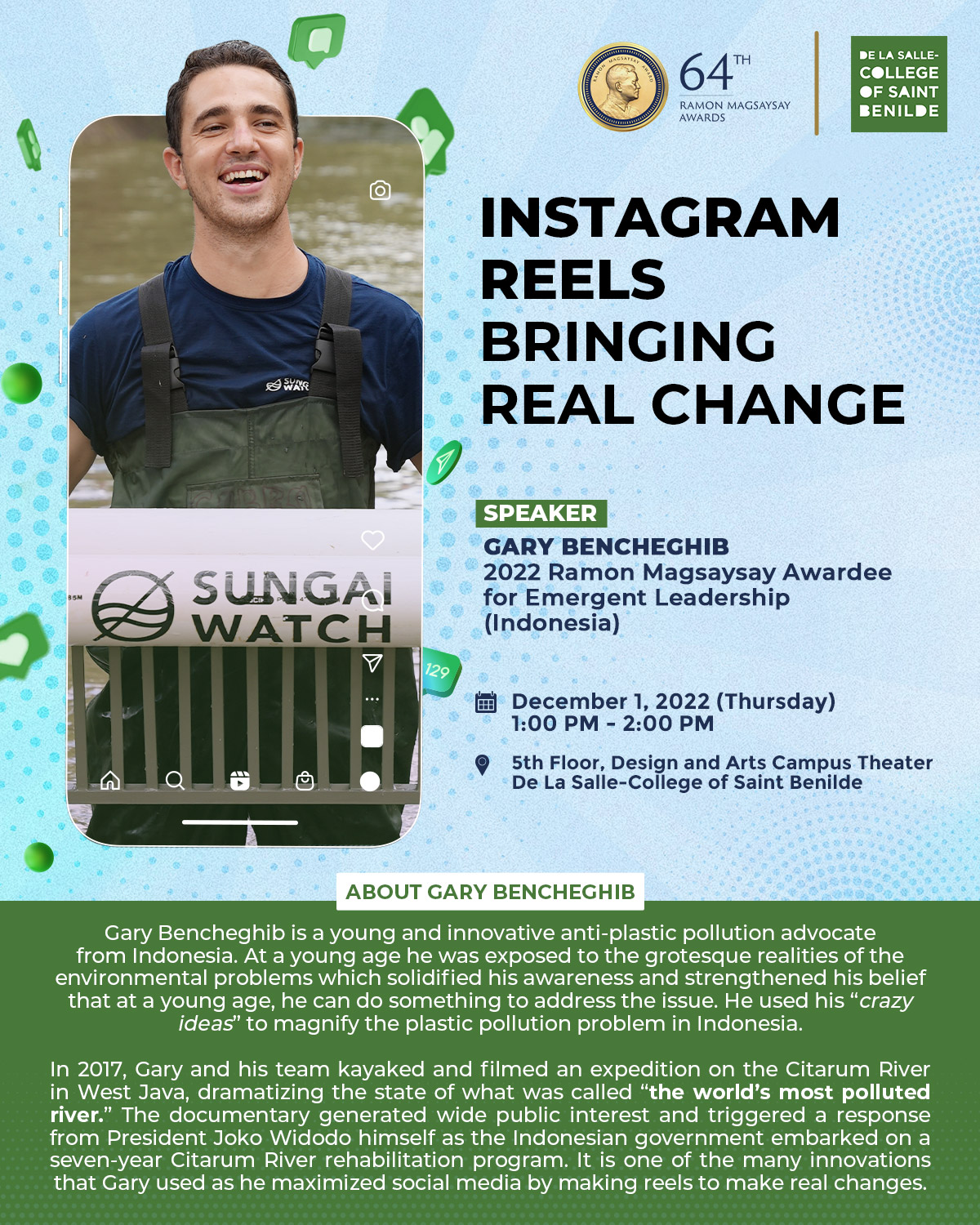 For the second part of the event, Benchenghib will be joined by his fellow 2022 Ramon Magsaysay Awardees – mental health advocate Sotheara Chhim from Cambodia, sight-saving humanitarian Tadashi Hattori from Japan and children’s rights crusader Bernadette J. Madrid from the Philippines – as they shed light on their respective advocacies and impart their very own stories of triumph against adversities.

Bencheghib, a French filmmaker and social media content creator based in Indonesia, was exposed to the pressing environmental problems at a young age. Driven with a strong belief that he can do something to address the issue, the adventurous creative utilizes the power of video and technology as weapons to magnify the problem in the country. 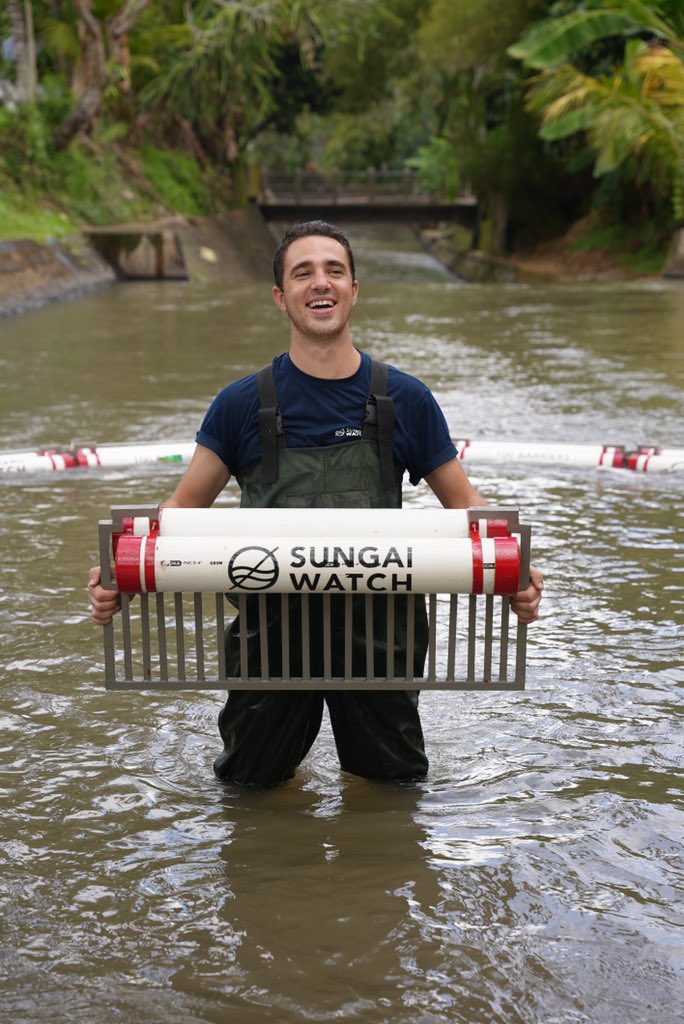 Chhim was recognized for “his calm courage in surmounting deep trauma to become his people’s healer; his transformative work amidst great need and seemingly insurmountable difficulties, and for showing that daily devotion to the best of one’s profession can itself be a form of greatness.”

Hattori, an ophthalmologist who dedicated his time and resources in providing free eye surgeries, was honored as the embodiment of individual social responsibility. He was acknowledged for “his simple humanity and extraordinary generosity as a person and a professional; his skill and compassion in restoring the gift of sight to tens of thousands of people not his own; and the inspiration he has given, by his shining example, that one person can make a difference in helping kindness flourish in the world.”

A stalwart champion of every Filipino child, Madrid was acknowledged for “her unassuming and steadfast commitment to a noble and demanding advocacy; her leadership in running a multisectoral, multidisciplinary effort in child protection that is admired in Asia; and her competence and compassion in devoting herself to seeing that every abused child lives in a healing, safe, and nurturing society.”

The forum is made possible by the Ramon Magsaysay Award Foundation and the De La Salle-College of Saint Benilde. The assembly will be conducted on Thursday, December 1, 2022 and will run from 1 p.m. to 5 p.m. The event is free and open to the public.

It will be held live at the Design and Arts Campus Theater of the De La Salle-College of Saint Benilde.

For more information about the awardees, visit www.rmaward.asia.

The Philippines has shown support for ASEAN's continuous efforts to develop the accessibility of its members when it comes to the tourism sector.
Travel

Mactan-Cebu International Airport has successfully installed a fuel hydrant system managing the air traffic system, considering that the province targets to be the premiere tourist destination in the central Philippines.
Spotlight

AboitizPower's hydropower company Hedcor opened the renovated tribal halls for the indigenous community in Bukidnon to further strengthen their ties with the group.
Travel

The Taipei Economic and Cultural Office eyes on the possible extension of visa-free entry privileges for Philippine passport holders to attract more tourists to their country.
Local News

The Philippine team successfully gained third place in the 1st FIDE Chess Olympiad for People with Disabilities after winning against India.
Load more