Who To Vote? 3 Times “Moon Embracing The Sun” Told Us About What A Leader Is

Who To Vote? 3 Times “Moon Embracing The Sun” Told Us About What A Leader Is

Now that the May 2022 elections are near, debates on what a good leader constitutes is making rounds all over the internet. Luckily, ‘Moon Embracing the Sun’ is a classic that will remind us what true leadership is.

Moon Embracing the Sun is a historical Korean drama that stars the romance of Lee Hwon (Kim Soo Hyun), the crown prince and future King of Joseon, and Heo Yeon Woo (Han Ga In), the daughter of the palace’s chief scholar. As children, the characters were played by Yeo Jin Goo and Kim Yoo Jung respectively.

As their love was narrated from childhood to adulthood, the drama also touched on the social and political struggles of their time, which may be relevant until present day.

As we get closer to the very crucial day which is elections, it is important that we turn into art to keep us informed and inspired. Now sit back and relax as we walk you through the times where this movie taught us about leadership:

1. When Heo Yeom Spoke About Learning 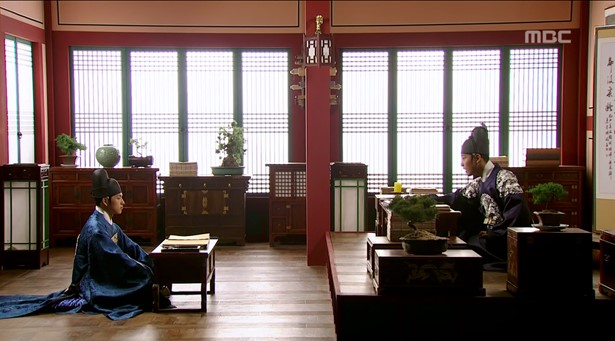 In Episode 2, Heo Yeon Woo’s brother Heo Yeom is appointed to teach the young Lee Hwon, the Crown Prince. However, Hwon rejects all his teachers because he felt that the education was repetitive.

Knowing Hwon’s pompous personality, Heo Yeom made an agreement with Hwon — if Hwon, the crown prince, can answer a riddle from Heo Yeom, then he will stop teaching Hwon.

The riddle goes: What can light up the world instantly, yet can also darken the world as quickly?

Hwon confidently gives him a very noble answer, citing doctrines from one to another. Yet Heo Yeom surprises him with a simple, comedic answer saying, “It was eyelids!”.

The crown prince protests, as that answer surely isn’t found in books. With Heo Yeom’s genuine motive to teach the prince about true leadership. He then replied, “If the answer isn’t found in books, does it make it foolish? There are two pitfalls in learning. One is arrogance in thinking you know the answer. The other is prejudice and judging by your bias. Your arrogance and prejudice are clouding your eyes and mind. What you said is true, but how will you look after your people with your eyes closed tightly? How will you rule and observe the people? First and foremost, you must be willing to learn.”

In general, Heo Yeom means that for someone to lead, that person must have an open mind and heart to learn; with open eyes, the leader can truly see the people’s state and understand their needs — that with open eyes, one can put himself in the shoes of others.

Touched by Heo Yeom’s wisdom, the Crown Prince Hwon then requested his servants to bring them refreshments — a sign that he has finally accepted Heo Yeom as his teacher, leaving the palace officials in shock and happiness.

2. When The Chief Scholar Spoke About Public Opinion 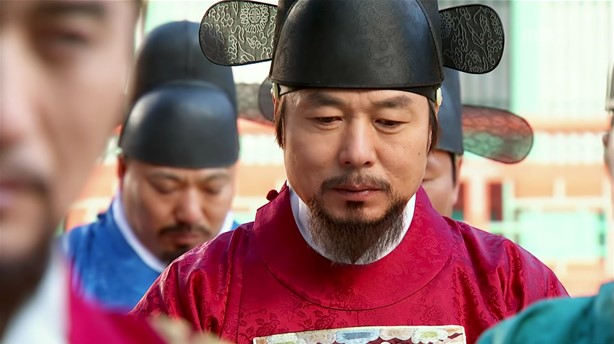 Traditionally, the future crown princess is selected by the king’s mother. However, when the royal scholars of Sungkyunkwan protested for an impartial selection of the crown princess, public opinion followed the same perspective.

Sungkyunkwan scholars are great molders of public opinion as they are established as knowledgeable and wise men. While this is true, some government officials requested for the king to ignore the protests and punish the protesters for their ‘inappropriate act’.

Chief Scholar Heo Young Jae, the king’s trusted advisor and Heo Yeon Woo’s father, responded to the request saying, “How can we fault them for worrying about the nation? If we repress their spirits and refuse to listen to their admonition, who will dare muster the courage to criticize state affairs? Public opinion is a reflection of true public sentiment. Where there is public opinion, you cannot disregard even a low born. Where there is no public opinion, even the highest minister has no influence.”

He then requested that the king surveys public opinion to arrive at a decision. In this very sense, Lord Heo meant that leaders should not dismiss the public and should always have an open ear; that true leadership means acknowledging criticisms and recognizing the participation of the public — both the rich and poor — in state affairs.

3. When Yeon Woo Weighted The King’s Worth 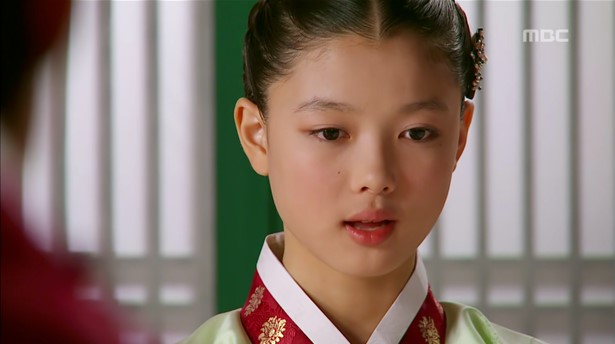 The finalists for the crown princess selection has been determined, leaving 3 young ladies in battle for the position, including Lady Yoon Bo Kyung (child counterpart played by Kim So Hyun) and Heo Yeon Woo.

As a final test, the king asks a question to the ladies saying, “If the King’s worth could be weighed in money, how much is the king worth?”

When the king turned to Heo Yeoon Woo for an answer, she shocks everyone with her response and said, “The King is only worth one *yang!”

She continues, “Nothing is as precious as a single yang to the cold and hungry. A man of riches knows not the value of a single yang, but a man who has nothing knows its value all too well. To the common man, Your Majesty is the much needed and valued one yang. Please rule over your people with a just and impartial hand.”

With her genuine character, Heo Yeon Woo explains that a good leader is everything to those who are in the lower social classes — that a true leader is someone who is humble and dedicated to alleviating the struggles of the struggling.

The answer impressed the king and guess who earns the title of the crown princess?