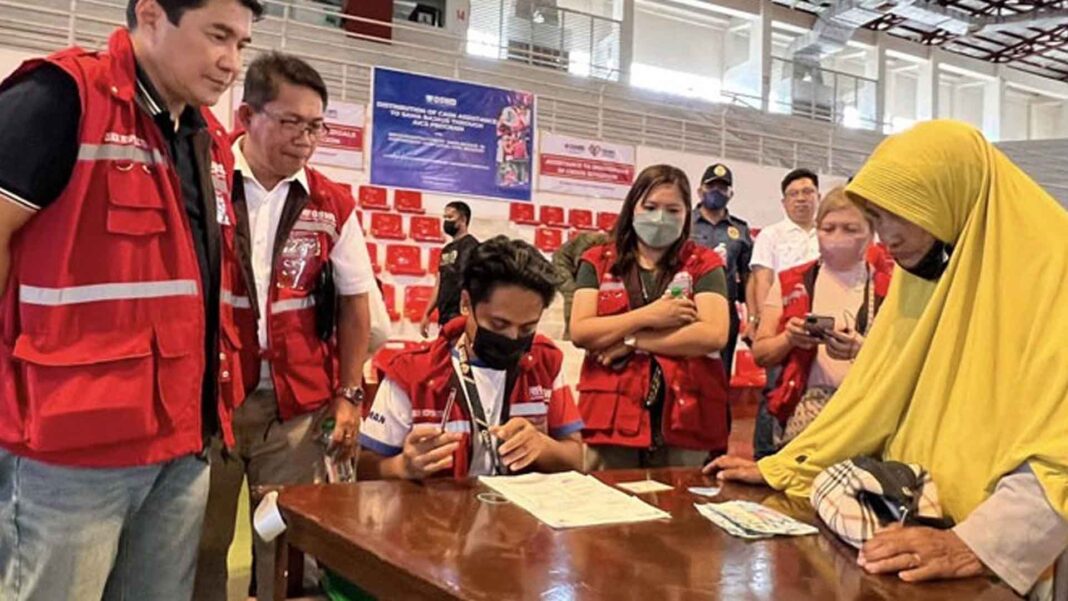 President Ferdinand R. Marcos has ordered the Department of Social Welfare and Development (DSWD) to provide decent livelihood to Badjaos to stop them from going to Manila to beg every Christmas season.

This was according to DSWD Secretary Erwin Tulfo, who led the distribution of cash assistance to some 500 Badjao families here on Monday.

Each family received PHP10,000 cash as start-up capital from the DSWD, through the agency’s Assistance to Individuals in Crisis Situation Program.

The recipients include Badjaos the DSWD has rescued in the streets of Manila.

Tulfo said “over 300 families have been sent home since last week,” most of whom are from the provinces of Basilan and Sulu.

Tulfo said the Marcos administration wanted to give the Badjaos a decent livelihood to earn a living, instead of begging on the streets.

“This is the reason why we came here today. We want to solve the problem of the Badjao in going to Manila to beg every Christmas,” Tulfo said in a press conference at the city hall.

Majura Tahaji, one of the recipients of PHP10,000 cash assistance and a resident of Barangay Maasin, said they will use the money to engage in the buy-and-sell of fresh fish.

Another recipient, Shaira Abdulla of Barangay Mercedes, said she will use the funds to put up a neighborhood sundry store to sell “pastil”, a popular rice dish in this city laced with shredded fish or chicken, especially during snack time.

“We do not stop there,” Tulfo said, adding that in a few weeks, DSWD is also set to establish a wet market where the Badjaos can sell their products.

The DSWD chief has already conferred with Mayor John Dalipe about the wet market project for the Badjaos.

“Since they don’t have birth certificates, they are not entitled to receive benefits and avail of sustainable livelihood program of the government,” Tulfo said, adding that the city will be the pilot area of the birth certificate registration program for indigenous peoples (IPs).

He said the program will later be launched nationwide for the benefit of the IPs in Luzon island and the provinces of Mindoro, Cotabato, Davao and Palawan.

Tulfo and his party will travel Tuesday to Basilan and Sulu, also to provide livelihood assistance to the Badjaos in the two provinces. (PNA)

The Philippines has shown support for ASEAN's continuous efforts to develop the accessibility of its members when it comes to the tourism sector.
Travel

Mactan-Cebu International Airport has successfully installed a fuel hydrant system managing the air traffic system, considering that the province targets to be the premiere tourist destination in the central Philippines.
Spotlight

AboitizPower's hydropower company Hedcor opened the renovated tribal halls for the indigenous community in Bukidnon to further strengthen their ties with the group.
Travel

The Taipei Economic and Cultural Office eyes on the possible extension of visa-free entry privileges for Philippine passport holders to attract more tourists to their country.
Local News

The Philippine team successfully gained third place in the 1st FIDE Chess Olympiad for People with Disabilities after winning against India.
Load more