Wake up to a view of the sky and mountain ranges, sipping a cup of brewed coffee, hot or iced, and feasting on fresh vegetables and fruits at the Daang Katutubo coffee shop in Sitio Mapita, Barangay Laoag in this town.

The coffee shop, which has become a tourist attraction since it opened to the public in 2021, is owned by a family of former overseas Filipino workers (OFWs) from Qatar.

Junely Cortez, the owner of the café who is also overseeing its operations, said they are aiming to make the place fully self-sustaining.

“We are targeting that someday in the near future, all of our vegetables, fruits, and even the fish and meat will come from our own farm,” Cortez said.

He said some of the vegetables and fruits they use as ingredients for their dishes come from their farm.

“We plant vegetables and fruits that are common ingredients in our food. We even started culturing ‘hito’ (catfish) in our pond,” he added.

At first, their coffee was produced solely on the farm.

However, they needed to source it from other suppliers from the Mountain Province when demand for it increased. 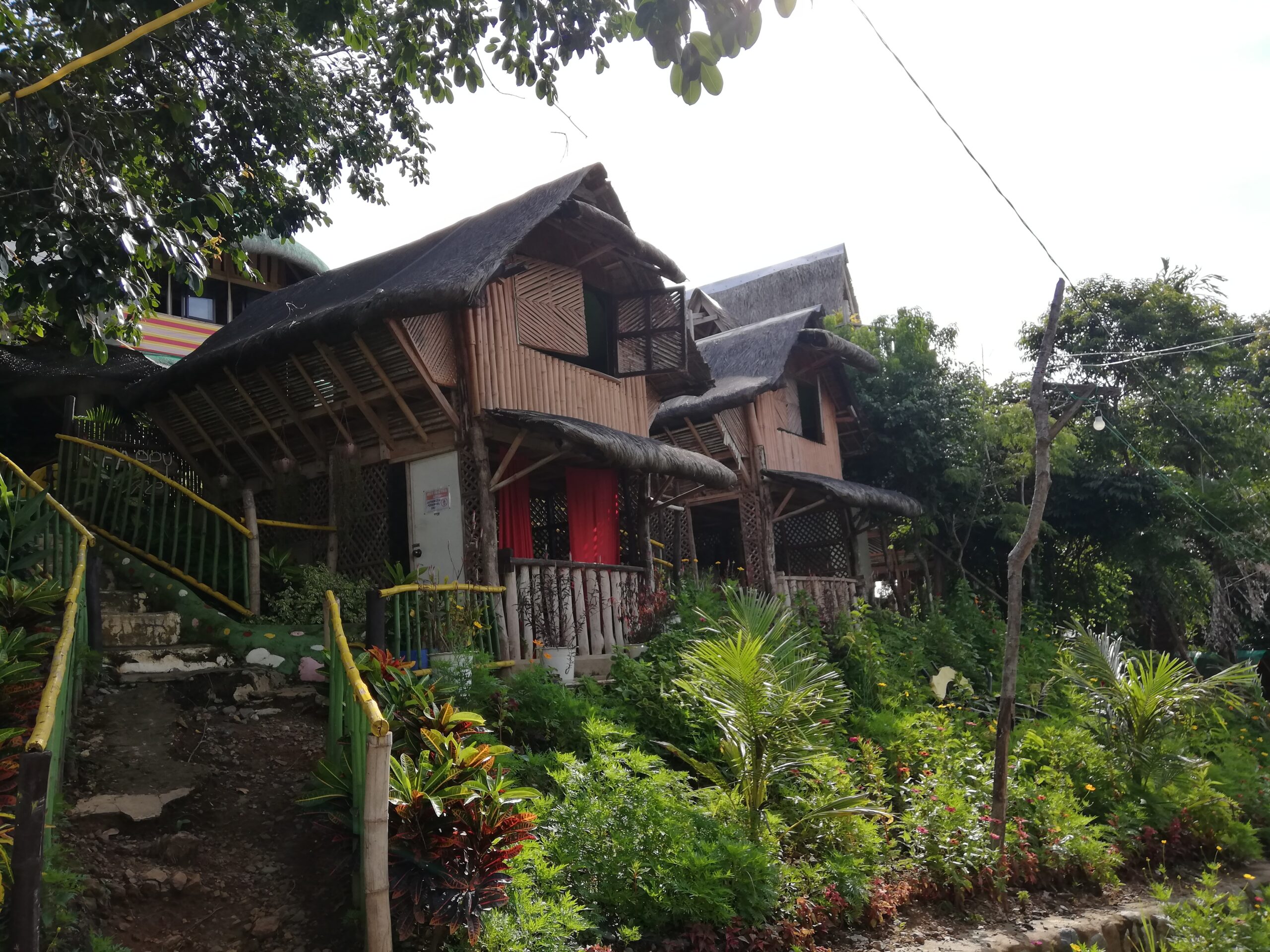 Cortez said the idea for the café began during the lockdowns at the height of the pandemic in 2020.

“Due to the lockdowns, we decided to live in the mountains, away from people. While we are on our farm, we seldom go outside. We only buy condiments since we have fruits and vegetables, chickens, and eggs on our farm, and even fish as we have a lake nearby,” he said.

He admitted that giving up his career as a military nurse to be an entrepreneur was at first daunting but it became worthwhile along the way.

“My parents (Francisca and Tito) were former OFWs. My mom had a mild stroke. She was a former nurse and my dad was an architect in Qatar, as well. When they retired here, they asked me to just stay in the country since they are already of old age,” he said.

Cortez was a military nurse in Qatar for 15 years.

He was on vacation when the lockdown was imposed in the country and he was unable to return for seven months.

Given his parents’ request, Cortez returned to Qatar only to file his resignation.

He is now staying in the country for good with his wife, Norlyn, and their three children.

Cortez said the café was born as a simple hang-out for tourists who visit the view deck of Sitio Mapita where the Daang Katutubo road is situated, as well as the Mapita Falls.

“We just want to offer some area where they could rest after going to the view deck and comfort rooms. But then people were demanding food later on, so we started selling food and coffee as well,” he said.

The café has become a tourist attraction and Cortez and his family further developed the area, seeing its potential.

Cortez’s father, Tito, designed the place. They used lumber from the trees they planted on their farm in the construction.

The place offers glamping (glamorous camping) to their visitors for as low as PHP400 to PHP800 for 12 hours.

“We are also hosting events and pre-nuptial photo shoots. We are also building an infinity pool and spa as added amenities,” he said. 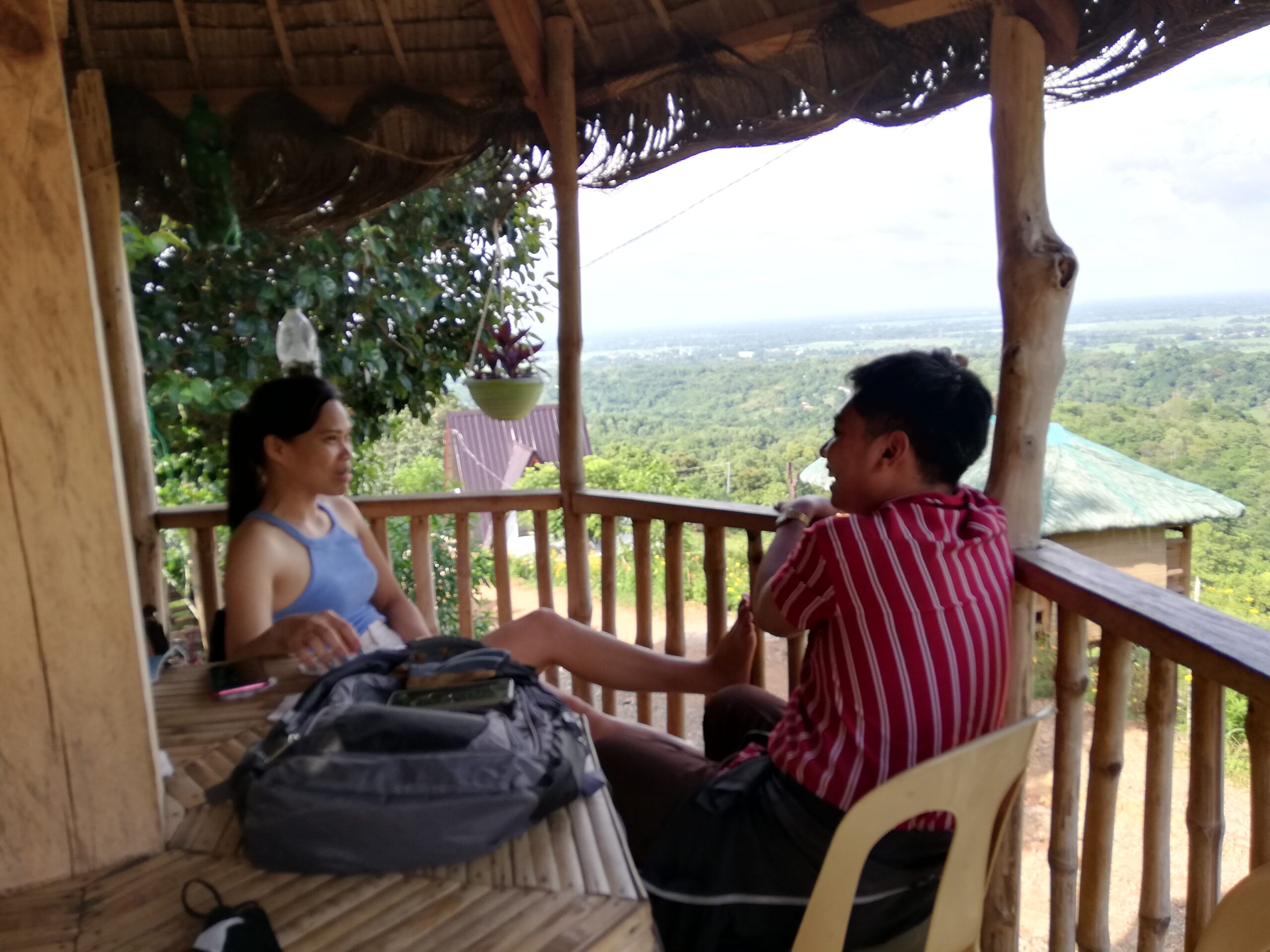 Reynald Zacharias of San Carlos City said he has fallen in love with the place that he keeps returning to it.

“I have tried glamping with friends and it was a beautiful experience. I get to see a lot of stars and the sunrise is so beautiful. This is my third time going here. I really like the view and the food is delicious while the staff is very accommodating. It is just so relaxing here,” he said.

Zacharias brought his friend Jessica Galicia on his recent visit to the place.

“I think I will go back here again,” Galicia said. (PNA)