A little magic awaits you in the new Pinocchio teaser trailer released by Disney+ on Tuesday, June 31.

The timeless classic will be directed by Robert Zemeckis, who has always been one of the audience’s favorites to capture people’s imaginations.

While viewers have only seen a glimpse of the story, the film’s trailer showcases top-notch visuals and the kind of enchanting animation people have come to expect from Disney.

The teaser follows Geppetto, played by Tom Hanks, building his little wooden puppet and wishing on a star for his creation to come to life. Benjamin Evan Ainsworth is cast as Pinocchio, Joseph Gordon-Levitt as Jiminy Cricket, and Cynthia Erivo as the Blue Fairy.

Along with the trailer, the franchise also released an official key art featuring the beloved puppet, full of hope and ready for an adventure. 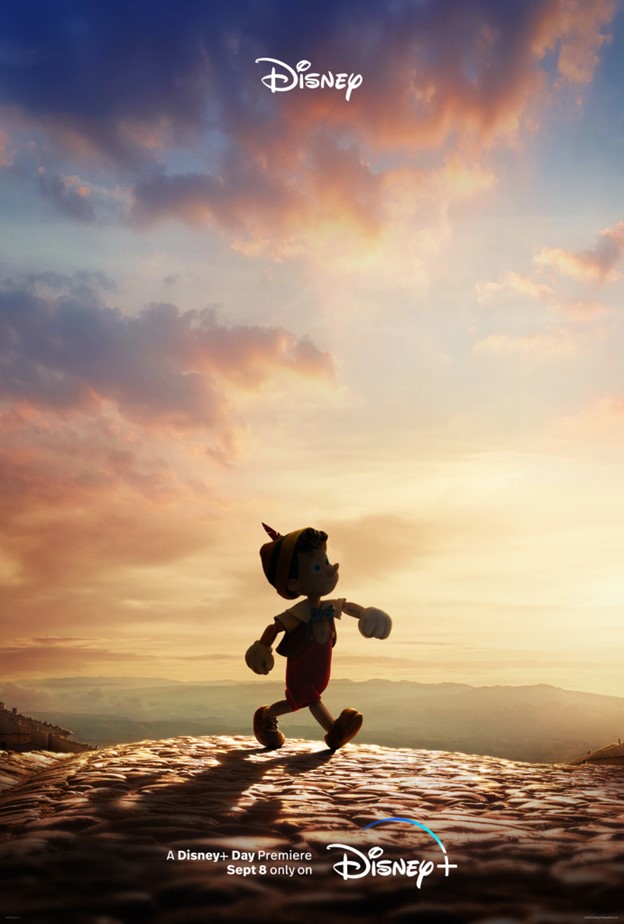 The film will premiere on this year’s Disney+ Day, September 8. In addition to ‘Pinocchio,’ Disney+ will announce more premieres from Disney, Pixar, Marvel, Star Wars, and National Geographic in the coming months.