Following their successful debut album “Born To Win” which charted in multiple territories on iTunes, BINI members Aiah, Colet, Maloi, Gwen, Stacey, Mikha, Jhoanna and Sheena continue to make a statement through their music, this time asserting that the heart must beat louder for one’s dreams via “Pit A Pat.”

The dreamy electro-pop track was originally written by Korean singer-songwriter Sophia Pae with music composition and arrangement by Rohan and Ddank. “Pit A Pat” was penned in a mix of English and Filipino lyrics—with the BINI girls taking part in the songwriting for the Filipino parts—against the backdrop of tropical beats and a symphonic rhythm, complemented by the empowering message of keeping headstrong through life’s obstacles and distractions. 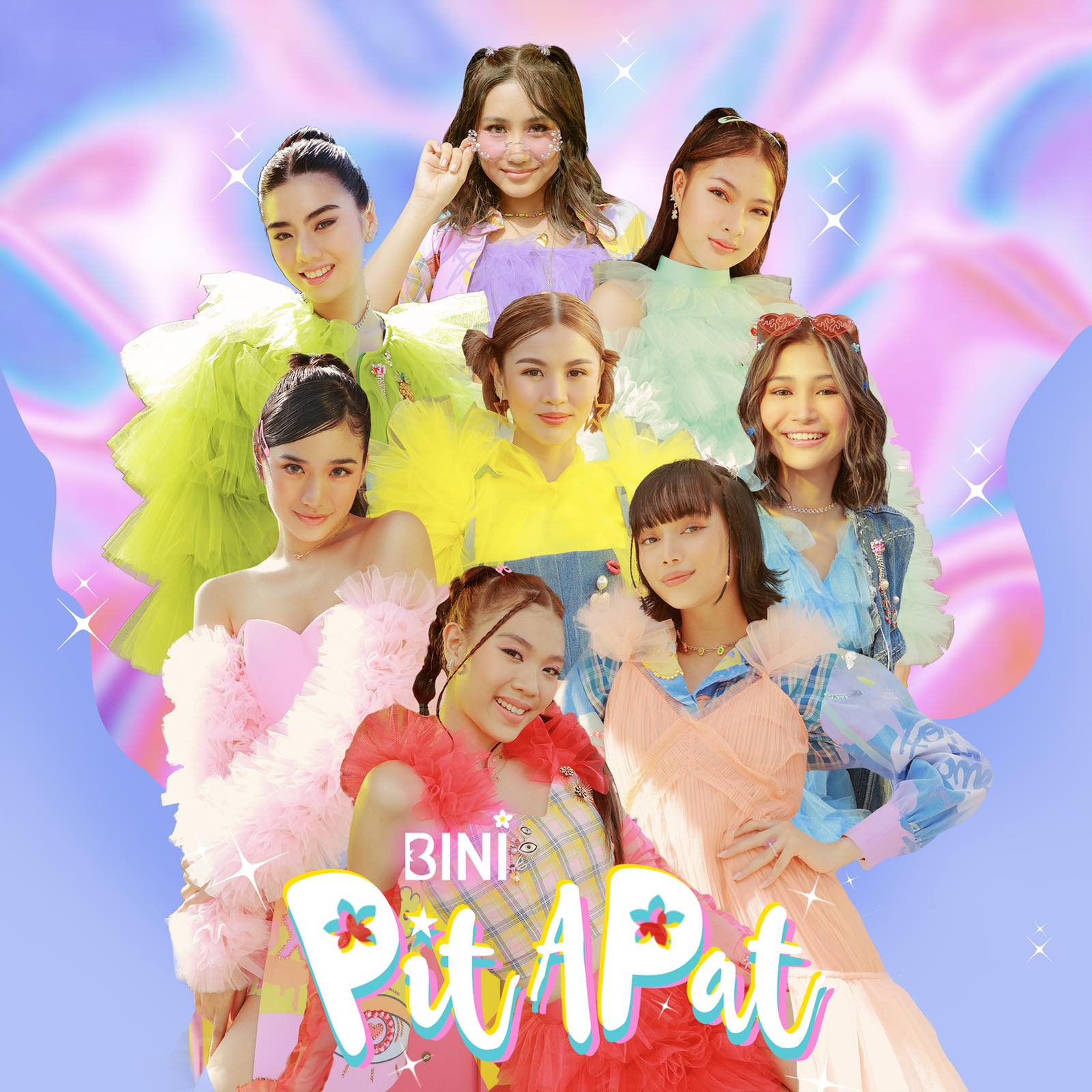 This year, BINI collaborated with its sibling group BGYO for the song “Up” and also joined forces with SB19 for the new version of “Kabataang Pinoy” as the theme song of “Pinoy Big Brother Kumunity Season 10” teen edition.

The girls of BINI likewise showed off their on-point vocals and dance skills at the first-ever PPOPCON 2022 along with other P-Pop groups this April, where they performed their singles “Born To Win,” “Golden Arrow,” and “Da Coconut Nut.”

Recently, BINI Sheena’s dance cover of “Zoom” also earned a stamp of approval from its original artist South Korean rapper-singer Jessi, who even shared the video on her Instagram Story. The viral video has over 45.7M views on TikTok as of writing.

Add BINI’s “Pit A Pat” to your summer playlist and listen to the song on various digital music platforms! Get regular updates by following BINI_ph on Facebook, Twitter, and Instagram, and subscribing to their official YouTube channels, BINI Official.